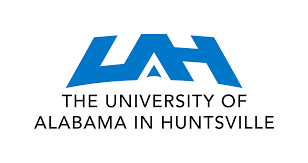 UAH is a public Tier 1 national university located in Huntsville, AL, which Southern Living recently named one of the best college towns in the South. Its students hail from almost all 50 U.S. states and more than 80 countries. Included among this year’s record-setting enrollment of over 9,100 was an incoming freshman class with both the highest average ACT score (27.9) and GPA (3.89) in the school’s history. Once they graduate, these students typically go on to earn a higher average starting ($54,000) and mid-career ($98,500) salary than most of their peers across Alabama.